It’s always nice to have an excuse to return to Oxford and on January 29 I am taking part in this year’s TEDx conference at the Town Hall. My talk is entitled ‘Everest and Beyond’. https://tickets.tedxoxford.co.uk/index.php/event/tedxoxford-conference-2022/ 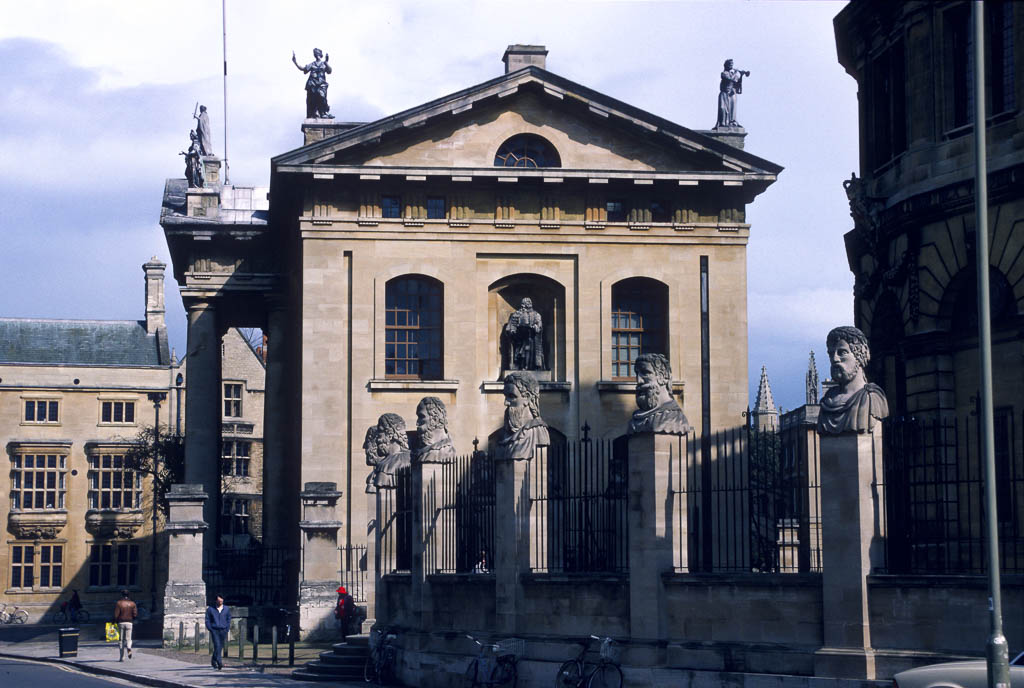 After many postponements caused by you-know-what, my new stage tour is finally going ahead in the spring. It will be a fairly breathless romp through expedition highlights of the last 30 years, ranging from the Himalaya, to the Alps, Africa and Antarctica. I can’t wait and I hope to see you in one of the seventeen venues, from Poole, to Newport, to Inverness. https://www.speakersfromtheedge.com/theatre-tours/2022/stephen-venables-life-after-everest

Delighted to be giving my talk about the three highest peaks of Africa – Kilimanjaro, Mt Kenya and Mt Stanley for the Royal Scottish Geographical Society. January 19 at 19.30. Tickets here (free for students and under 18s) https://www.rsgs.org/Event/stephen-venables-africas-three-highest-peaks 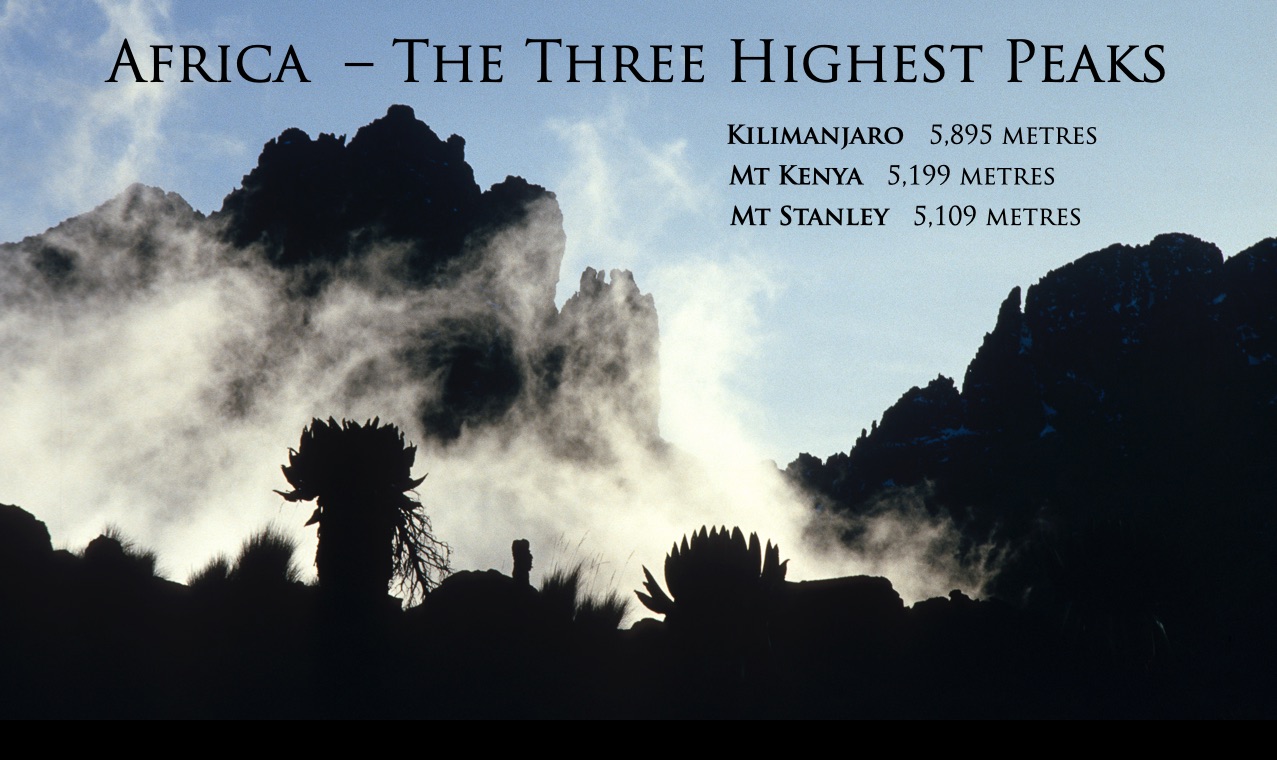 I returned recently from another excellent voyage to the Antarctic Peninsula.  Despite unusually high temperatures (the sea temperature was up to 4ºc instead of the usual 1º or so) we found some good powder snow skiing high up, and coped stoically with the sea level slush.  Mark Dravers, Chris Watts and I climbed the spectacular Mt Luigi de Savoia – my third attempt on the peak.  It was also good to visit new places, such as the steaming volcanic caldera of Deception Island and the stunning mountains of Anvers Island.  So we have lots of potential new ski tours lined up for January 2019.  And, as usual, Pelagic Australis welcomes non-skiers who would just like to enjoy yacht cruising with a small group (total of around twelve on board) amongst some of the most spectacular scenery and wildlife on earth.
Details here: http://stephenvenables.org/wp-content/uploads/2017/12/2019_AntProspectus_lowres.pdf

Pelagic Australis anchored in the volcanic caldera of Deception Island

Chris Watts and Mark Dravers on Mt Luigi de Savoia.  Stephen projected onto the Brocken Spectre.
Before that, during the austral spring, Skip Novak and I are leading another South Georgia expedition, sailing from the Falklands on 8th September  2019.  We already have some climbers and a land artist signed up for the trip.  As with the Peninsula trip, this one is not just for experienced ski mountaineers.  Anyone with spirit of adventure and modicum of fitness is welcome!
Details here: http://stephenvenables.org/wp-content/uploads/2017/12/SouthGeorgia2018prospectus.pdf

A few of the 300,000 king penguins in St Andrew’s Bay, South Georgia
Since returning from Antarctica I have been quite busy with talks around Britain and Ireland.  Unfortunately our spring return to Spain meant that Rosie and I missed all the wonderful recent snow.  But, having foregone snow, we are looking forward to an Easter trip getting to know a new bit of Andalucia – the Sierra de Segura.
I also have speaking engagements coming up in New England in April (details on the website) and with the Hong Kong Royal Geographical Society and Korean Alpine Club in June.  The latter is particularly exciting, as it will be a chance to see our son Edmond, who is working in Seoul, and – I hope – join him on some of those magnificent Korean granite cliffs.
Best wishes
Stephen 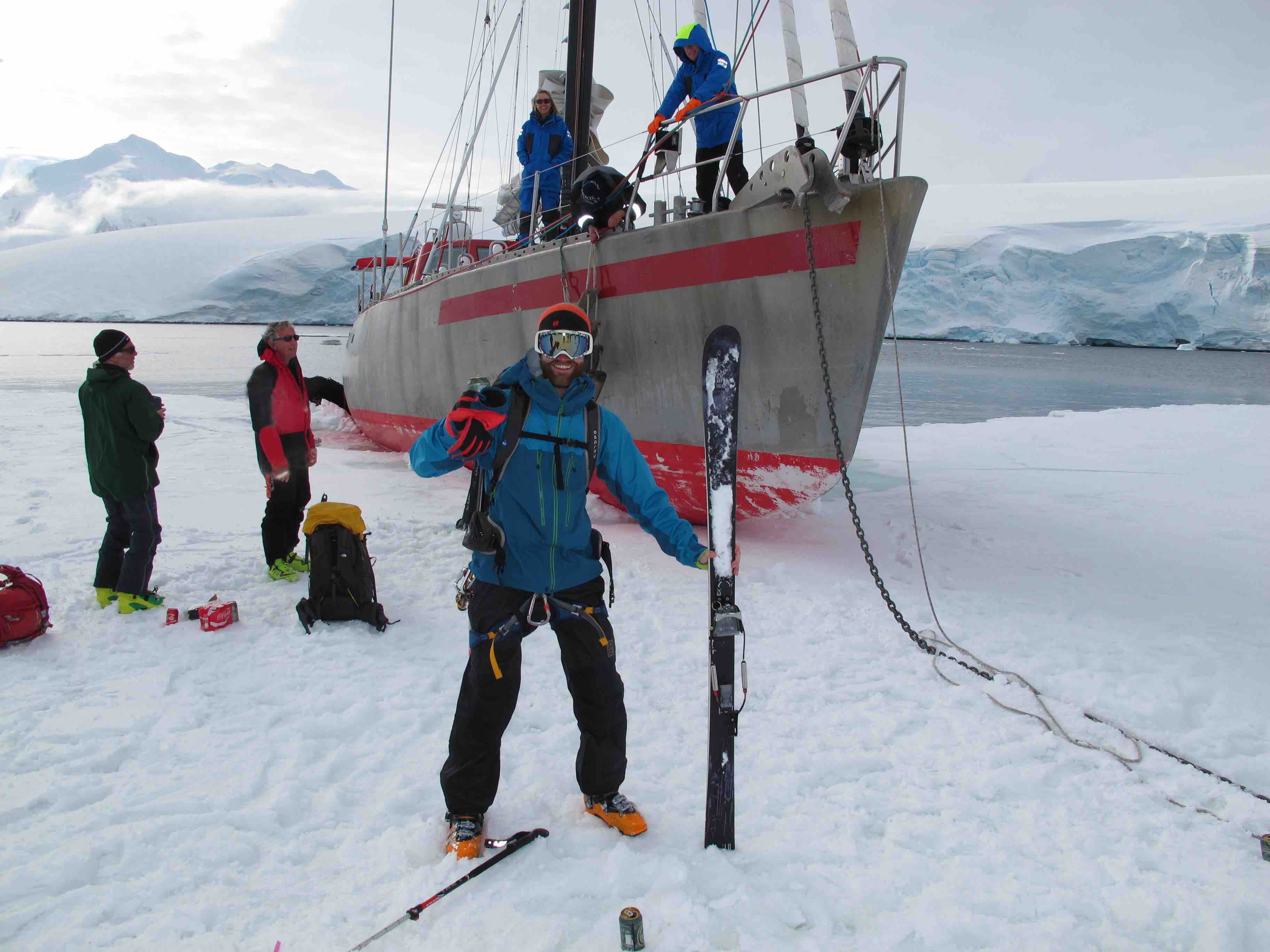 December 31, 2017. Looking forward to starting 2018 with my annual trip south for skiing at the  seaside – again aboard Pelagic Australis, and this time heading with eight ski-mountaineers to the Antarctic Peninsula.
Skip Novak and I will be leading another expedition to South Georgia during September and October. Please have a look at the prospectus. We still have places and non-skiers/non-climbers are welcome.
Then, in January 2019, I will be leading another trip to the Antarctic Peninsula. Four places have been booked; four remain available.

For the winter/spring lecture season, I have events booked in Scotland, Newcastle and London. Further afield, I am delighted to be taking part in the inaugural Killarney Mountain Festival, before heading to the USA and, I hope, South Korea. Details on the ‘Programme of Lectures’ page. 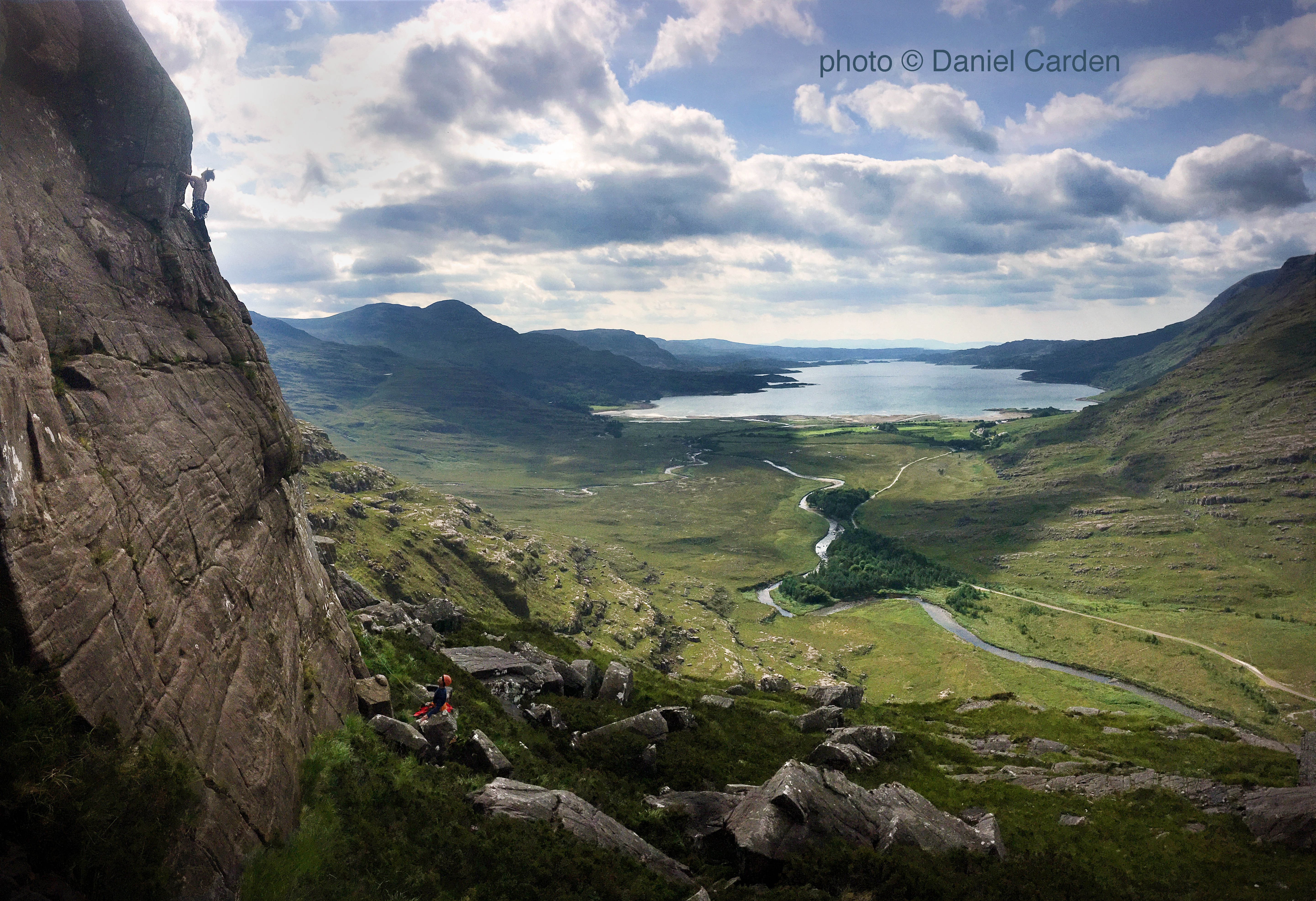 Greetings from Scotland and thanks to Danny Carden for his wonderful shot of Edmond and me climbing in Glen Torridon last weekend.  I’m hoping to fit in a lot more climbs over the summer, juggling next month with all the tempting delights at the Edinburgh Festival.
FORTHCOMING  LECTURES
If you live in or near Dorset, please tell people about a talk I am doing at The Lighthouse in Poole on October 4, marking the 25th anniversary of my lucky escape from Panch Chuli, the subject of A Slender Thread.
https://www.lighthousepoole.co.uk/whats-on/2017/stephen-venables/ 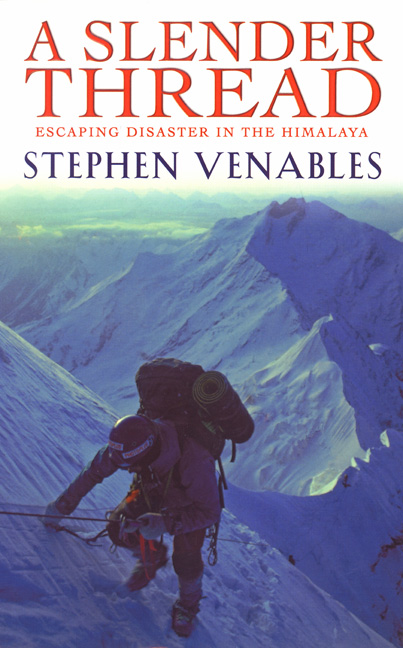 Also in the autumn, a special fundrasing event for the number one mountain literary prize, the Boardman Tasker Award.  Pavilion Arts Centre, Buxton Opera House, October 17.  It is going to be a great evening, with speakers including two former winners of the prize – Andy Cave and me!
http://www.buxtonadventurefestival.co.uk/speakers-films/2017/10/11/Boardman_Tasker_Night__Wragg_Dean_Cave__Venables/
I am also putting together a tour for February 2018.  Newcastle is likely to feature amongst other English venues.  Definite bookings in Scotland include Locheldy Centre on February 9 and Birnam Arts Centre on February 13.
DIGGING WITH VENABLES EXPEDITIONS TO ANTARCTICA
I am looking forward hugely to our January 2018 expedition to the Antarctic Peninsula.  That trip is full.  However, I am planning another Antarctic trip aboard Pelagic Australis for January 2019.  Please contact me if you – or anyone you know – might be tempted.
Skip Novak and I have also now firmed up plans for South Georgia 2018.   As usual, we hope to entice a small group of ski mountaineers to do some quite serious stuff, in addition to a support team not less committed to mountaineering.  We board Pelagic Australis in the Falklands on 8 September 2018 and return 13 October 2018.  Full prospectus attached below for anyone tempted.  (This is a low resolution PDF.  If you would like to see the pictures in sharper focus please let me know and I will send a higher resolution version).

With very best wishes for the rest of your summer.  Or winter!

Still buzzing from a great evening with a great audience at the Rheged Centre, I am pleased to announce a special 25th anniversary talk at the Lighthouse Centre in Poole, on October 4.  https://www.lighthousepoole.co.uk/whats-on/2017/stephen-venables/

My subject will be the 1992 Indian-British Panch Chuli Expedition.  This was a fantastic adventure, culminating in the first ascent of Panch Chuli V.  However, on our way back from the summit I plummeted three hundred feet, breaking both my legs, when an abseil anchor failed.  The story of the ensuing rescue, which was complicated, dangerous and at times terrifying, was the subject of my subsequent book A Slender Thread, which has been continuously in print since it was published in 2000.   END_OF_DOCUMENT_TOKEN_TO_BE_REPLACED 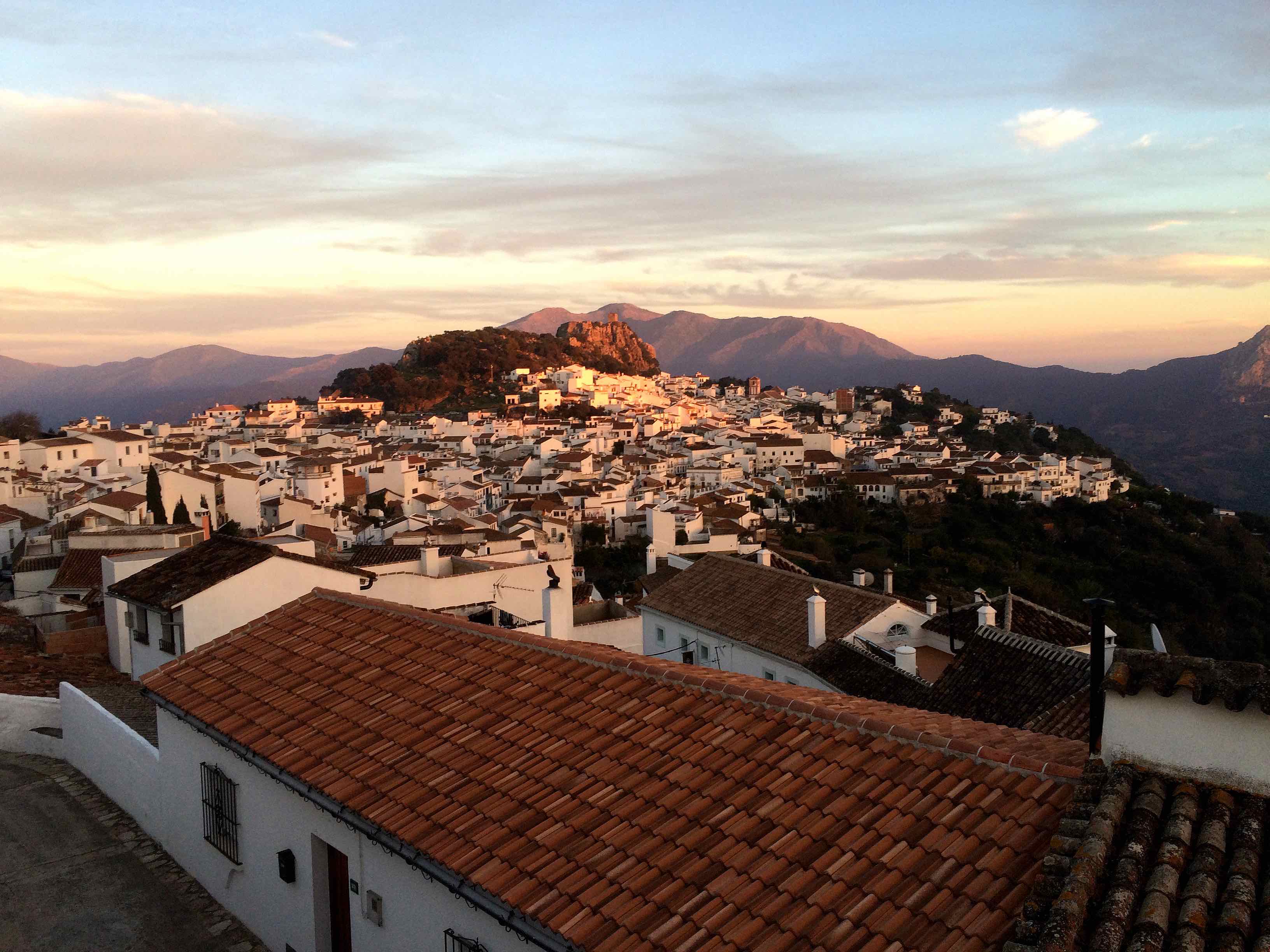 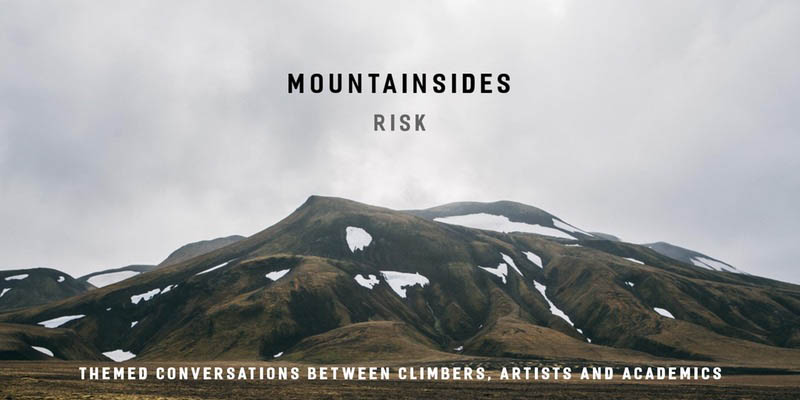 On my way to Leeds to launch Jonathan Pitches’ Mountainsides Series.  Wednesday, March 1.  17.00