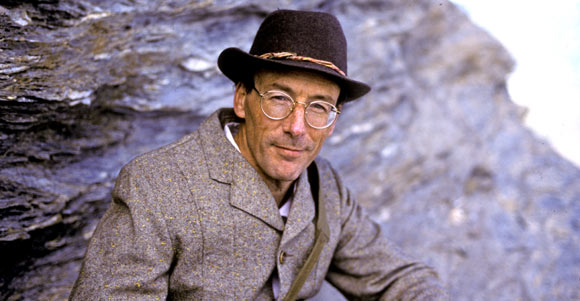 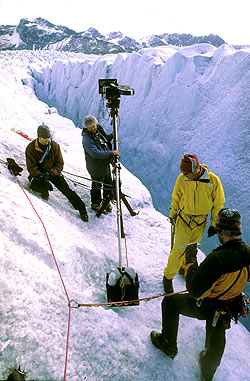 Ever since he worked on theatre productions as an Oxford student, Stephen has been fascinated by the whole business of telling stories – in print, on stage, on film and over the airwaves. Over the years he has taken part in many radio programmes, talking about his own travels and commenting on mountain news stories. His most enjoyable radio experience was taking part in the musical programme Private Passions.

He has also appeared in several television documentaries and in the IMAX giant screen film Shackleton’s Antarctic Adventure. More recently he had his first experience behind the camera, filming Ranulph Fiennes for ITN News.  MacGillivray Freeman Films asked Stephen to write the initial treatment and shooting script for the first ever IMAX film on the Alps.