all books are signed by Stephen 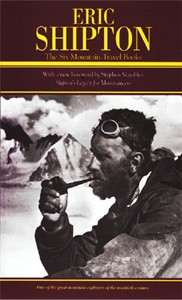 Classic travel books by one of the twentieth century’s greatest mountain explorers, in a new paperback omnibus with a new Foreword by Stephen Venables:Here is a man who dared to follow his dreams and whose sense of enchantment sparkles from every page of unadorned prose. The Six Mountain Travel Books assembles all his early narratives into a single affordable volume, complete with well-captioned photos, additional articles, clear maps, pertinent appendices and an eloquent Introduction by Jim Perrin. It remains a treasured and constantly rejuvenating source of inspiration rejuvenating source of inspiration. 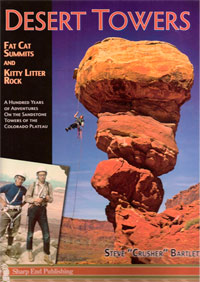 SV010 – Steve Bartlett – Desert Towers – A Hundred Years of Adventures on the Sandstone Towers of the Colorado Plateau.  Sharp End Publishing 2010ISBN 978-1892540706.
£40.00 (p&p £6.00)
In this meticulously researched, stunningly illustrated labour of love, ‘Crusher’ Bartlett  chronicles America’s answer to the Old Man of Hoy – the dazzling red sandstone towers that rise from the desert country on the
borders of Colorado, Utah and Arizona. This is a lavish book: 350 pages packed with beautifully reproduced photographs that  evoke the special magic of the desert. Add to that the witty, authoritative, discursive narrative by an author who is himself a great desert pioneer, and you have the kind of book you will want to dip into time and time again. 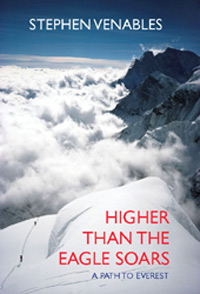 SV001-  Higher than the Eagle Soars.  Arrow 2008.  ISBN 978-0099505440 –  Paperback
£8.99 (p&p £3.00)
‘There were many early adventures I wanted to revisit, so it was a huge pleasure to write this autobiography, ranging from  Scotland, to the North Face of the Eiger, to Kashmir, Tibet, the Andes and Africa, finishing with our great Everest epic of 1988. I was thrilled when the book won the Mountain Literature Prize  at the Banff International Mountain Festival.

’Sparkles with iridescence and immediacy. Boardman-Tasker judges.  The story of his descent after a night spent near the top  [of Everest] is both harrowing and deeply moving. Sunday Times. 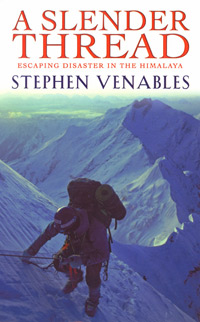 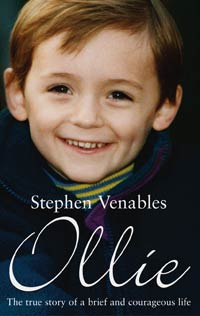 Although available in paperback, this is the original hardback
which was a Sunday Times bestseller.

A deeply moving story … a celebration of a joyful life. Observer.  A story of great courage and love. Daily Mail.  Extraordinary and inspirational. Good Books Guide. 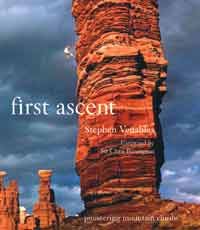 SV004 –  First Ascent.  Cassell Illustrated 2008. ISBN 978-1844035960 – Hardback
£25.00 (p&p £6.00)
A sumptuous, beautifully designed history of mountaineering, from Moses to Messner, including some of the finest mountain  photos ever taken. It was commissioned by Cassell after the sellout success of Meetings with Mountains. A colourful and impressionistic sprint through the history of mountaineering. Venables is a great public communicator [but] can also be delightfully subversive … engagingly mocking about both himself and the project. Ed Douglas, Climber Magazine. 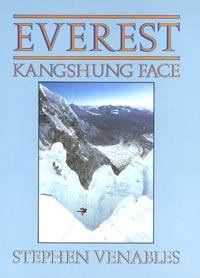 SV005 –  Everest Kangshung Face. Hodder & Stoughton 1989.  ISBN 978-0330315593 – Hardback
£35.00 (p&p £3.00)
This classic account of the 1988 Anglo-American expedition – the  smallest team ever to climb a hard new route on Everest, and without oxygen – has appeared in numerous editions. There are still a few copies left of this beautifully produced hardback first  edition. Although second hand, these collectible books are in near perfect condition, with brand new original dust jackets.
Above all he has rendered the mountaineer, that emblematic figure playing for the ultimate stakes into an accessible  empathetic figure. Sunday Times. 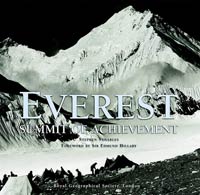 SV006 – Everest – Summit of Achievement.  Bloomsbury 2013. ISBN 978-1408841983 – Hardback
£35.00 (p&p £6.00)
The ultimate Everest coffee table book, produced from the archives of the Royal Geographical Society, now re-issued to mark the 60th anniversary of the first ascent. Lavishly illustrated with many previously unpublished photos including the first ever taken of Everest. Authors include Ed Douglas, John Keay and Tashi Tenzing, with Stephen Venables as general editor. 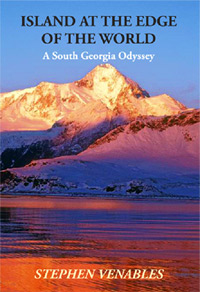 SV007 –  Island at the Edge of the World. Odyssey Books 2010ISBN 978-0340556009 – Paperback
£16.99 (p&p £3.00)
A beautiful new edition of this classic account of mountain
exploration on the sub-Antarctic island of South Georgia, is now  re-published with updated history, a whole new chapter on the Shackleton Traverse, and 16 more pages of stunning colour pictures from Stephen’s 2000 and 2008 expeditions. 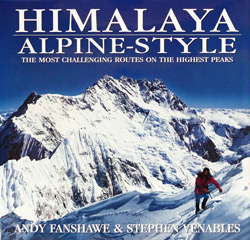