Yesterday we tied up in Puerto Williams, Tierra del Fuego, at the end of another magnificent Antarctic expedition.  Departure at the beginning of January was delayed by missing baggage and adverse weather, but our skipper, David Roberts, managed to sneak out into Drake Passage during a brief acceptable weather window.  Four days later we tied up in the Melchior Islands – the first of many magical anchorages amongst the islands and channels of the Antarctic Peninsula.

There was a lot of old winter sea ice this year.  At Port Lockroy, Pelagic Australis was driven, bows up, onto an ice sheet where she usually anchors in clear water.  During one passage up the famous, picturesque Lemaire Channel, the boat became a virtual icebreaker. 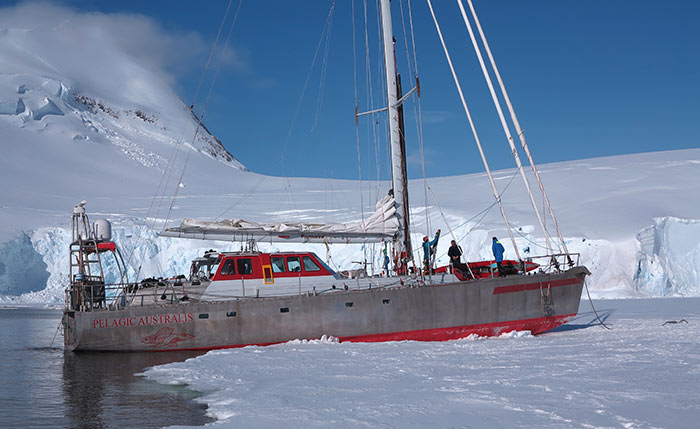 Pelagic Australis run up onto the ice at Port Lockroy

The support team, Stephen Davis, David McClean and Joakim Ramen, visited numerous wildlife sites, put in some cold hours laying shorelines at difficult anchorages and did a lot of kayaking.  The mountaineering team had a near miss on Mt Luigi di Savoia, sent back by cold winds and an apparent break in the weather.  On Anvers Island we had better luck.  After a two day approach over the Marr Ice Piedmont, Stephen, Jamie Pearson and Geoff Heigh spent a long day (15 1/2 hours) skiing over the Menelaus Ridge and up the Iliad Glacier to the summit of Mt Francais, highest peak in Grahamland.  The descent was fantastic.  As our New Hampshire snow addict, Geoff, put it, ‘Holy Shit.  Six thousand vertical of powder!’  Actually, it was more like seven thousand feet.  What a treat. 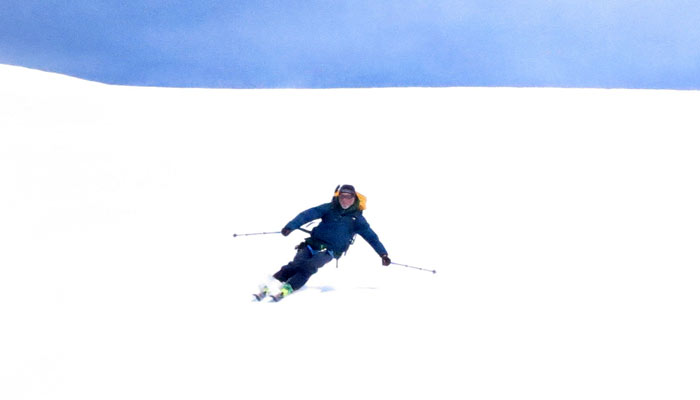 A few days later the three of us were joined by Mark and Sally Dravers, and Kim from the support team (Chung Kin Man’s skis were still at Istanbul airport), on a traverse of Hovgaard Island, before returning to the boat to help with efforts to tow a large ice floe out of the way of another boat – Icebird – which was locked in her anchorage.  The towing failed, but the floe did move later that night, of its own accord, allowing Icebird to escape. 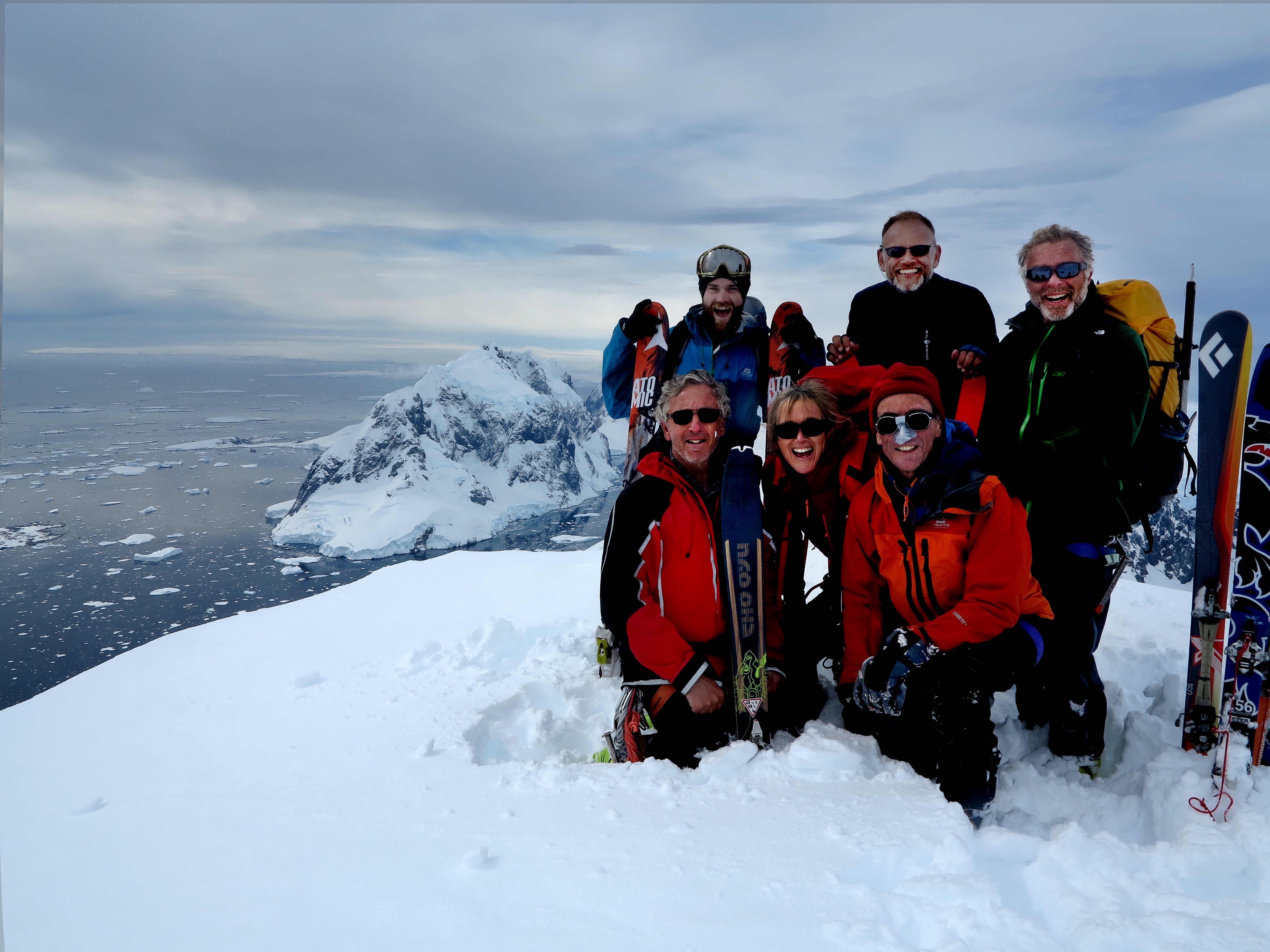 The next day the six of us climbed what must be one of the world’s finest ski mountains – Mt Scott.  Apart from the last few hundred metres of unfathomable slush, the whole descent was on powder snow – a perfect end to the trip, before the return passage across the Drake, reaching Cape Horn on January 28th for the celebrations to mark the 400th anniversary of the first rounding of the Horn.  A big thank you to our wonderful crew – skipper David Roberts, Thomas Geipel and Lizzie Fitzsimmons – for another excellent adventure aboard Pelagic Australis. 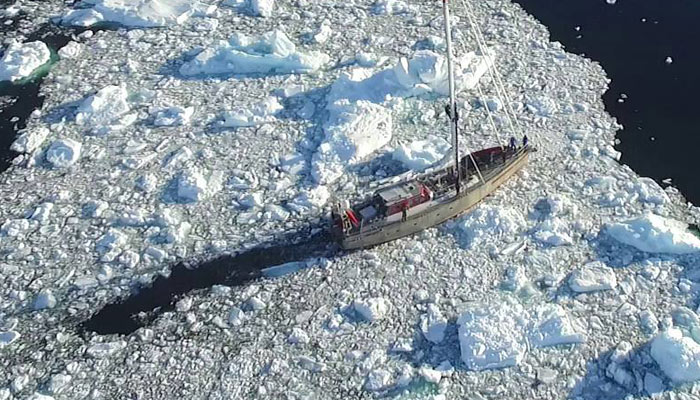